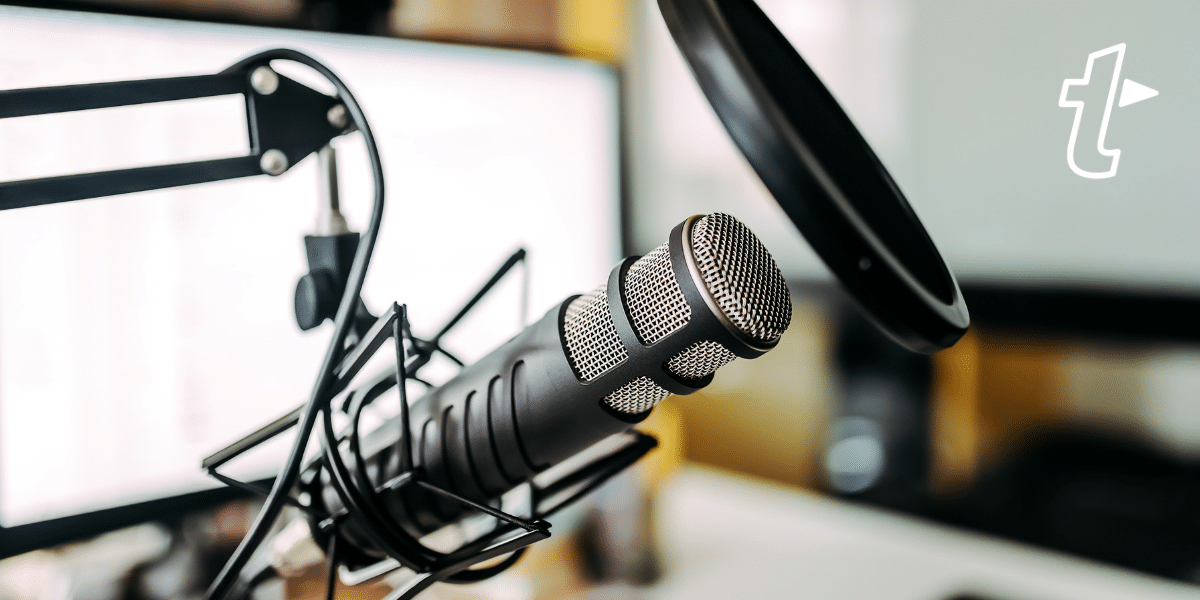 This week we’re joined by Jeff Gamet, podcaster and member of the Smile team, to talk about the world of podcasting.

Hey Jeff! Tell us about how you found yourself in the world of podcasting.

When I worked at The Mac Observer, I was asked to help out with a show about news stories. I was so nervous! I had never done anything like that before and I didn’t have any equipment. At the end of my first segment, I felt sure I was going to get fired. The next week I had a message saying it went well and I was invited back, so I did it again! In the third week, it was suggested I become a co-host. So, I guess I stumbled into podcasting. It was a lot of fun! I then started a daily show where I’d grab two Mac Observer writers and we’d do a 20 minute show which became The Mac Observer’s Daily Observations, which Kelly Guimont does now.

I also do The iOS Show with Micheal Johnston, which I like to joke is the longest running cancelled show ever. Michael went back to school to be a rocket scientist so now we just do a show when there’s a notable event in the Apple community.

I also worked on a show called Design Tools Weekly along with doing guest spots on various other shows. I’ve been podcasting for a long time now!

What do you think makes podcasting so popular?

That’s a huge thing. The ability for anyone to have their voice heard is so important. For the longest time, unless you had the right financial backing and access to a big network, you weren’t going to get your message out.

Then podcasting came along and now you can record, edit and publish a podcast from a smartphone. That’s how accessible this medium is! And it covers so many different topics. If you have an interest, there’s probably a podcast for it.

What does your podcasting workflow look like? Are there any tools you recommend?

My podcasting workflow isn’t typical because I want to minimize post-production work and eliminate editing whenever I can. My process is all done on a Mac, but there are some good podcast recording options for iPhone and iPad, too.

While Skype is popular for podcasting with people remotely, I prefer Discord for its superior audio quality. I use Loopback to create the virtual inputs I need for linking the apps I use for recording. I initially used QuickTime Player to play my intro and outro music, but later switched to Farrago because it makes managing audio clips much easier.

I bring all those pieces together, including my Rode Podcaster microphone, in Audio Hijack. It lets me stitch together all the elements—my pre-recorded music clips, my microphone, and Discord—and record a show, complete with intro and outro music, in a single shot.

Thanks to my workflow, I don’t have to do any editing to add in extra elements, which saves me a lot of time. On those rare instances where something goes wrong and I do need to do some editing, I use Fission.

I use Auphonic to process the podcast recording and upload it to the host server. I use a standard format for naming the finished show file. I use TextExpander for that so I don’t have to worry about mistakes in the file name. My format is podcast name-year-month-day.

While Auphonic is doing its work, I write the show notes article that’ll go on the podcast website. After the finished podcast is on the server, and my article is ready, I can publish the show.

What advice do you have for someone looking to become a podcast host? Are there any challenges they should be prepared for?

I teach a hands-on podcasting class at Boulder Digital Arts, and I always give them two pieces of advice. First, don’t let a lack of equipment get in the way. Your laptop and smartphone have built-in microphones, and that’s enough to get started. You can upgrade to a better microphone later.

Second, a podcast is a commitment. Your audience expects your episodes to come out when you say they will. Set a schedule that’s realistic for you, share the schedule with your audience, and stick to it. It’s hard to keep listeners, and grow your audience, with an erratic schedule.

Podcasting has been around for a while now. What shows did you listen to when podcasts were still the new kid on the block?

I had to stop and think about the shows I listened to back during the infancy of podcasting. So many shows came and went, but three stand out: The Maccast, This Week in Tech, and The Ricky Gervais Show.

It was all about the personalities in those shows. They clearly have staying power because all three are still running today.

Thanks for talking to us, Jeff! Before you go, what podcasts do you recommend to others?

Okay! I found it. If you are into technology and Apple, there’s MacGeekGab, Automators, Clockwise, What the Tech and Mac Power Users. Then some business related podcasts – The Productive Woman, Boss Girl Creative. And for people who are into the legal space, The Lawyerist.